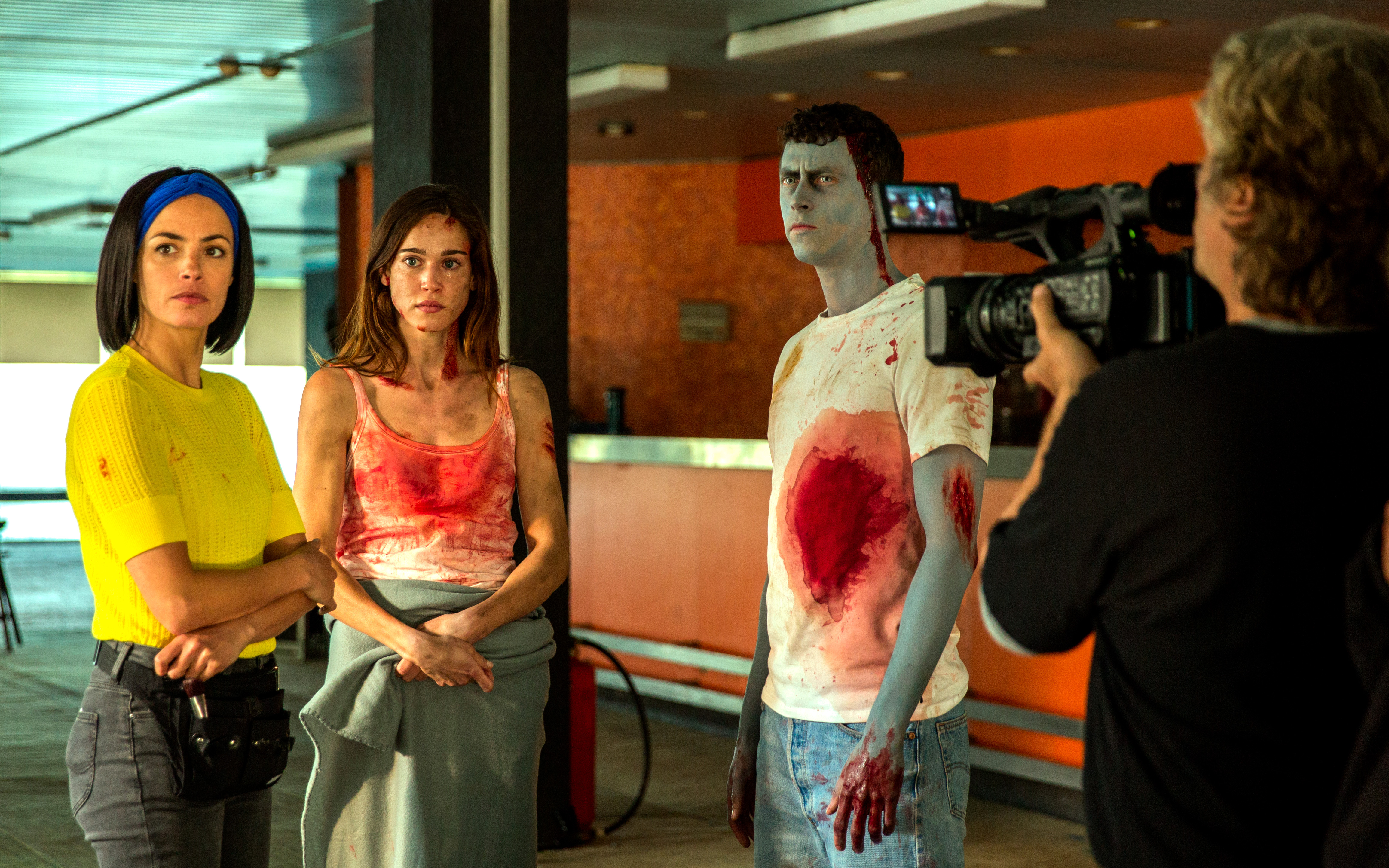 CoupeZ! - Cannes review: When disaster strikes on so many levelZ

75th edition of the Cannes Film Festival opened this Tuesday with CoupeZ! the latest zombie-slasher-goes-high-concept-comedy by Michael Hazanavicius, the remake of One Cut of the Dead, a 2017 Japanese student film by Shin’ichirō Ueda which itself is an adaptation of the play Ghost in the Box. It might sound like a complete pretentious disaster at the first sight. Some might even ask themselves why Cannes Film Festival decided to open up with this flick when they had The Dead Don't Die, a loosely-meta-zombie-comedy by Jim Jarmusch, opening the festival just a few years back.

Going in blind with the great fate that the director that won five Academy Awards ® in 2012 (including Best Picture and Best Director) knows that he is doing might be the most enjoyable way to see this film. This is a sign for your to leave this review as from this point on it's all spoilers!

Z! opens up with a rag-tag film crew in the abandoned building working on low-budget zombie horror. Filmed in one continuous shot, on a digital camera with the desperate grainy-warm filter to mimic the B-movie classics, they are working, as it seems, without the script, or at least with a very unpolished script. Even thou the film is in French, everyone in it has Japanese names, actors are often lost, and they are looking into the camera or improvising as the filming goes along. On the other hand, the camera is not always on the action, it stops and waits for actors to run around the building for a while before finally catching up with them, here and there it drops or moves away from the action etc. There is even a moment when a strange tattoed leg stands into the middle of the frame and stays there for a while before going away, never to return or get any explanation about it.

All in all, it is half an hour of the pain-in-the-rear underrehearsed and underdeveloped nightmare of meta-zombie-flick that went to hell. As the final shot of this B-flick named Z! is filmed and the titles are rolling we see that the unfortunate director of the disaster is some guy called Remi. Then, the Hazanavicius film finally kicks in, with the next hour or so we finally get to see how did this director Remi come to a point of making the film that makes Tommy Wiseau's The Room look like Citizen Kane.

As you might have guessed from the previous paragraphs, CoupeZ! is a film that asks for patience, as it tries to present the painstakes of filmmaking. Its unique story structure allows every single viewer to endure the tragedy of a bad film, before viewing it the second time around as a pure joyful cheer-worthy farse. But all of this could also be said for the source material One Cut of the Dead.

What makes this the Hazanavicius film are the slight, smaller changes. Adapting the original for the European audiences made its way into the meta structure of the film, and what felt in the original film as a cliche "heist" explanation gets a bit of an emotional upgrade here. It's a layered love letter to filmmaking disguised as a layered meta-narrative disaster, in every single way. That's what makes CoupeZ! the perfect opening film for the 75th edition of the Cannes Film Festival This unpretentious, enjoyable simple flick praises the value of filmmaking, and it can be enjoyed by pretty much anyone, from casual film viewers to best-known names in the film industry.