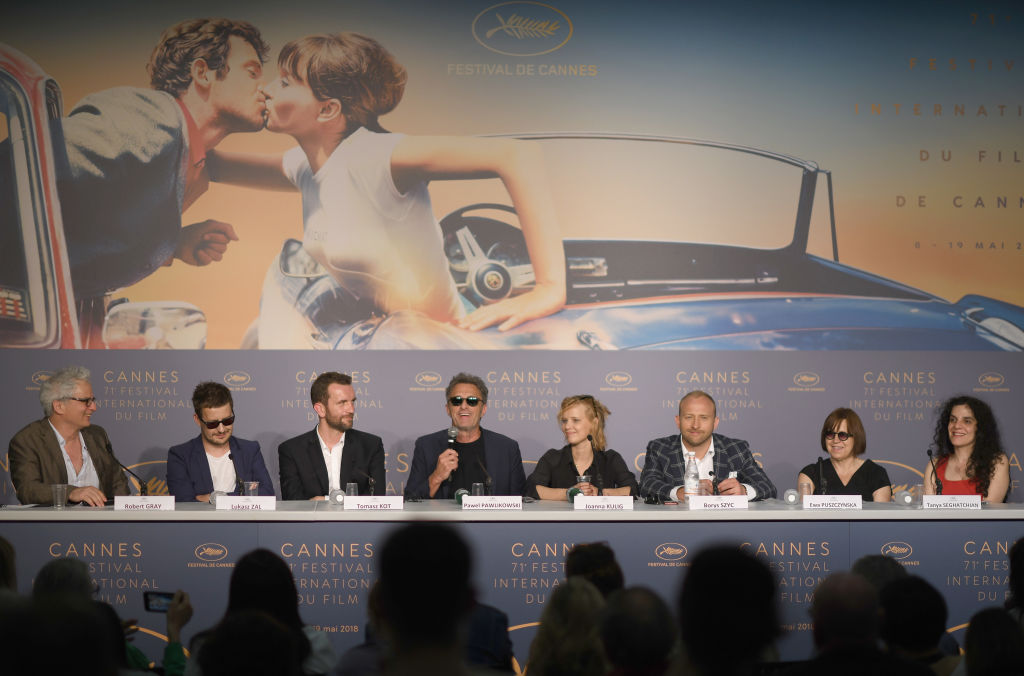 An inside sight into this ligendary event.

.While the tones of Slavic folk melody, played on accordion, fife and bagpipes, are echoing in the background, followed by rough voices of old women trying to catch the right melody, black and white images of people from rural Poland, are slowly changing. Suddenly a composer with a strong chest and sharp and masculine facial line, in a fine suit, appears. The opening scene of latest Pawel Pawlikowski feature film Cold War looks like it belongs to other, long lost times, the times when art was censured and had a purpose to showcase the dominance and glory of a certain regime.

The name of the vigorous composer is Wiktor - starring Tomasz Kot. With his mildly older colleague Irena - starring Agata Kulesza- he is watching the acts of the folklore performers, villagers that have the right attitude, and vocal abilities. The duo is seeking the members for the folklore ensemble that would spread the joy through Poland with authentic performances about the love and work of common people. When Zula - starring Joanna Kulig - blonde city girl walks out on a stage with her firm attitude, honest singing and fake costume, Wictor notices she “has something” right for ensemble and the romantic tragedy starts to unravel.

Structured as an episodic drama, with elements of romance and musical the film follows the life of unlucky lovers for fifteen years. Generally speaking, the relationship between the Wiktor and Zula is simultaneously showcasing the times they are living in, which is the titular Cold War. Moving from their working days in the ensemble, which intends to promote Polish culture, through the penetration of communist propaganda into their work, Wiktor’s refusal to be an advisory messenger and his escape from the ensemble in Berlin, up to his meetings with Zula in Paris, and Yugoslavian city of Split… everything in these characters and their relationships with oneself and the environment functions on the premise of an outwitting game of hiding and seek.

Cry out in the middle of the night...

With impressive background music that moves from different folklore compositions, through jazz even to the short excursion to rockabilly Pawlikowski reconstructs the pinch of Russian realism from the 19th-century literature and brings it to film. These two, at first thought incompatible extremes, are combined with Dwa serduszka, cztery oczy , a composition that repeats several times during the film. Almost playing as a ghost protagonist, the song gets a series of different arrangements, follows the character’s development and once again reflecting the state of post WW2 society. The true significance of the composition might be seen at the moment when Wiktor calls it his and Zula's "love child".

Pawlikowski additionally enhances the emotional charge and the spirit of the period by mimicking the film epochs and national film traditions. Beauties of the Night (1952) by French director René Clair and How to be Loved (1963) by polish director Wojciech Jerzy Has certainly had narrative similarities with Cold War. Visually the parallel could be drawn with Tarkovsky’s cult classic “Ivan’s Childhood”.

Overall Cold War is a sensual and grounded story, driven by a splendid musical background, in which the emotions and passions of some lost time, are episodically revealed in only 88 minutes. By merging the love and knowledge of music, film and literature history Pawlikowski created a spectacular followup to Ida, that has the potential to become a true film classic.

NB: Cold War was nominated for 3 Oscars, 4 BAFTA awards, won Palm d'Or for the best director as well as 5 awards at 2018. EFA's - most noticeable European film, European director and European scriptwriter awards- as well as People's Choice Award at 2019. EFA's.