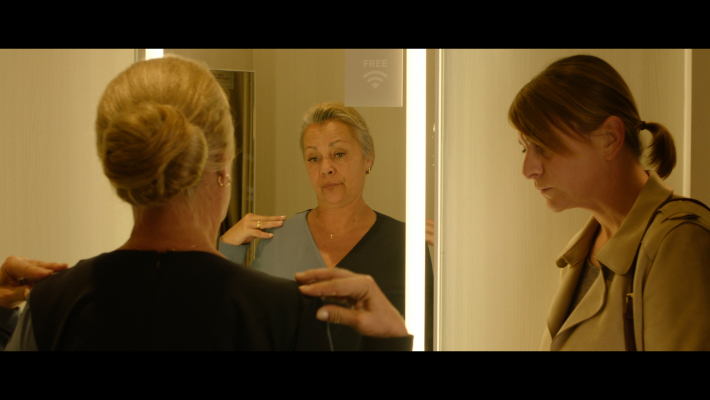 A Blue Flower is a story about a woman, mother, daughter and family in a (post) transitional, patriarchal society

A Blue Flower, the latest film by Zrinko Ogresta had been presented to the world audience in April, at the International Film Festival in Moscow, and it won the sympathy of the audience . The Croatian premiere happened a few nights ago in front of the audience of the Arena within the 68th edition of the Pula Film Festival.

A Blue Flower is a story about a woman, mother, daughter and family in a (post) transitional, patriarchal society, based on the “Drama about Mirjana and those around her” by Urgo Ivor Martinić, which was performed at the Yugoslav National Theater in Belgrade and later in The Ljubljana City Theater and the Zagreb HNK.

The film follows a story based on stereotypical mother-daughter relationships, which are very little talked about because they are assumed in the societies of South-Eastern Europe. It is a film about common people from the ordinary, working-class neighbourhood of Zagreb who are trapped in their roles and destinies, without allurement or unexpected changes, and only death is what may surprise and move them from stagnation.

Mirjana, starring Vanja Ćirić, is a middle-aged worker in a thread factory, without too many life and business ambitions, torn between looking at her own mistakes from childhood and youth and looking at the age she is afraid of. Opposite her is a daughter and a mother who are, each in their own way a mirror of her and a pattern from which she wants to escape, but eventually capitulates to her own apathy in an unsuccessful attempt to find bits of her happiness and unravel the threads.

Ogresta throughout the film often serves us intentionally very careless, uneven and sloppy events and the camera takes of Mirjana's intimacy, her neighbourhood and apartment, with the goal to showcase and reflect the protagonist's inner, hidden attitude towards life and herself.

The drama in Mirjana's life begins when her mother, played by Anja Šovagović Despot, from the province comes to visit her, and tries to instil in Mirjana everything she has ever missed and who is disappointed that her daughter has no connection and ambition, not knowing about her romance with an intrusive boss, starring Alen Liverić, who charms her with his "little acts of kindness" and his superior position. Mirjana hardly restrains her intolerance towards her mother all the time, whose character is a projection of her towards the end of her life, unfulfilled, grumpy and stingy.

On the other hand, Mirjana's daughter, starring Tea Harčević, is determined not to repeat her mother's and grandmother's pattern and stands up for herself in an attempt to make her dream come true and travels to America to learn to sing soul because singing in Croatian is unacceptable. Mirjana does not support this for fear of her own loneliness, and because of that, and a bit of revenge, because he left her, he also destroys his daughter's relationship with her father.

The moment in which Mirjana goes for a drink with her colleagues from work and then ends up at the party is very symptomatic and almost identical to the one from Danilo Šerbedžija's film Teresa 37. Befitting to instant fun, quick sex with strangers as overcompensate for drab and starch every day this scene tells us that they are still local companies began to open and that the "Western" patterns of behaviour started to incorporate in their everyday life, destroying those hard, patriarchal values.

A Blue Flower is established within a time frame of fewer than 24 hours, recording almost an entire life with its own recapitulations and the question of what one does and what one can fix because whether we like it or not, in a way.

In 75 minutes Ogresta intertwines the threads of life with recapitulations and the question of what one can do and what one can fix because, whether we like it or not, the majority of today's society goes through the roles of these three women. That is what gives me hope that A Blue Flower, will easily find its audience regionally as well as internationally. 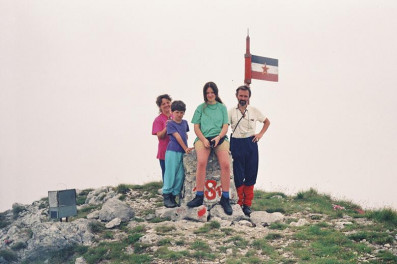 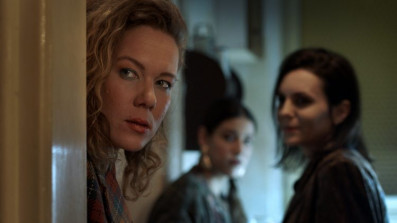 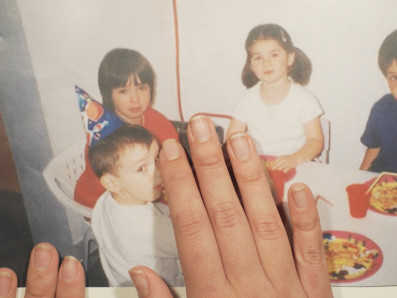 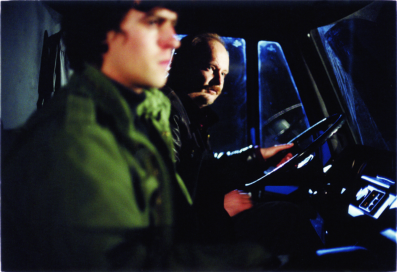