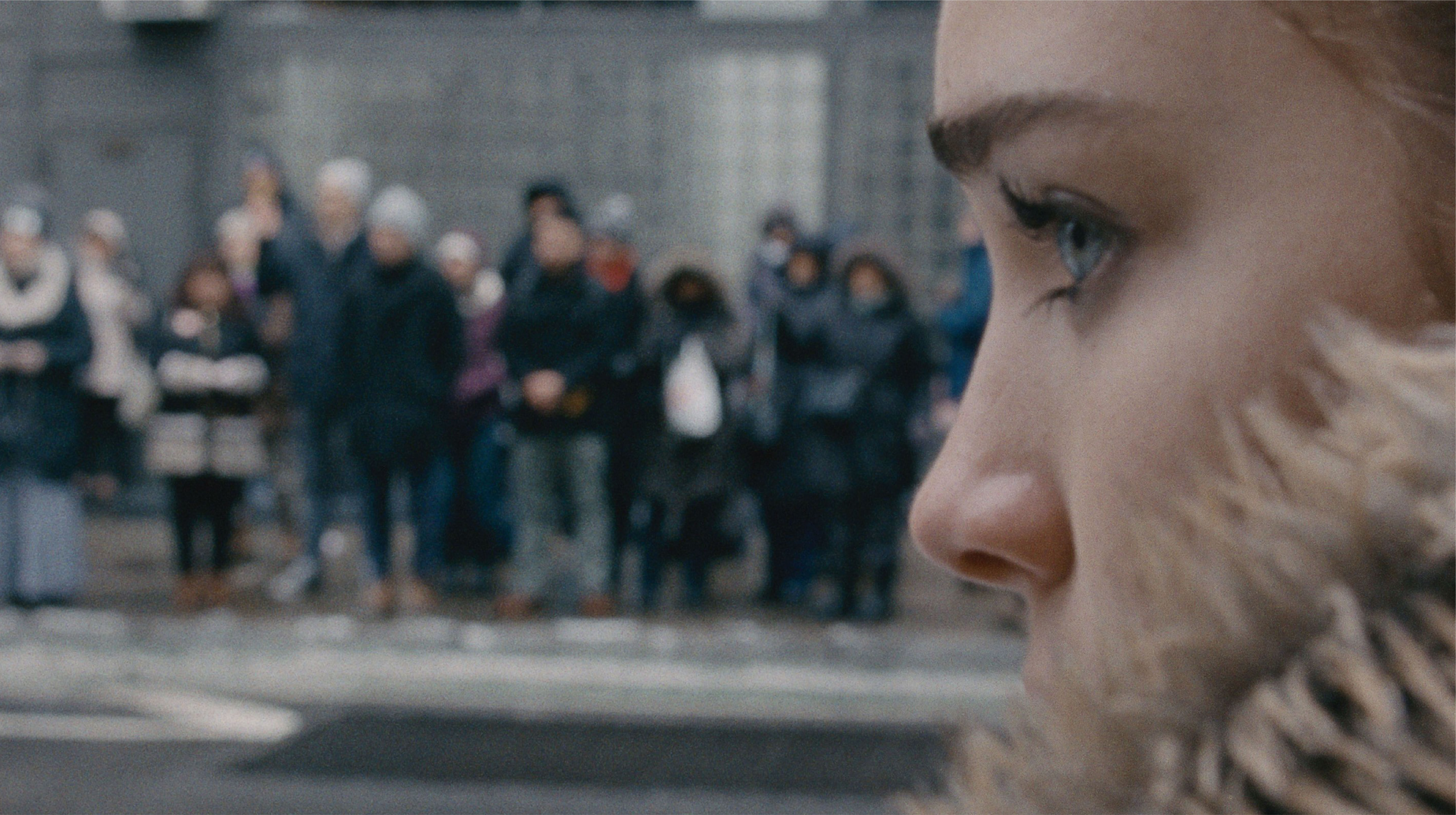 Sexual consent, lurking misogyny and the silence of a young woman

Seventeen years old girl walks on stage with a guitar to perform in her school talent show. As she performs a folk cover of the song "He's Got The Power" somebody from the audience shouts „slut“. The girl stops for a second, copes with her emotions and quickly continues her performance until the end, in opening minutes of Never rarely sometimes always the latest feature film by Eliza Hittman.

The girls' name is Autumn – starring talented newcomer Sidney Flanigan- and there is nothing too peculiar about her. She has a common-looking family with usual smaller disbalances, she goes to regular American high school, works as a cashier at a local supermarket at some small town in Pennsylvania... But there is something way darker behind her choice of song which lyrics go: He makes me do things I don't want to do... and even though I want to break away, I can't as well as that mean casual audience shoutout that a teenager gets.

Autumn is pregnant, and as the small-town community doesn't really seem supportive or openminded, trying to escape the stigma and gossip, she takes the matter to her hands, from the first medical examination trough the decision not to have a baby all the way to her trip to New York, accompanied by her cousin Skylar -starring another first-time actress Talia Ryder- where she hopes to arrange the abortion.

The director Hittman, with this film, dedicates herself to showcasing the genuine struggles and fallacies in American healthcare and the society in general. The film takes its time to lead the protagonist Autumn trough the bureaucratically messed up situations that pregnant teens are facing every day. It starts off with the display of church-charity organised clinics, that don't have the right knowledge or equipment for their work, over their cheap pro-life propaganda, and goes all the way to presenting complicated paperwork and procedure filled clinics run by actual professionals.

There is not too much unnecessary drama around, the simple narrative structure of a two teens journey works perfectly with what it has to present. As much as the focus is on healthcare, Hittman takes good care to present the everyday American misogynous/ sexually abusive/ patriarchal mentality and to face Autumn and Skylar with enough challenges among their way to keep the story constantly engaging - mostly channelled in the random unnamed stranger- starring Théodore Pellerin.

The highlight of the film is the scene where Autumn is doing multiple answers- that make the title of the film- psychological counselling test. At this moment all the development and exploration of different topics during the film come together into a gut trembling scene that will hardly leave anyone indifferent.

Hélène Louvart, cinematographer that collaborated with Hittman on her last film Beach Rats is back once again helping to build up the light, pale cream-coloured, elegantly textured world. What especially adds to the mood of the film is the use of 35mm as well as the choice to mostly go with handheld camerawork that adds to overall tensions without overexerting the situations and impressions of the characters.

Never rarely sometimes always is a 95-minute runtime, heavy subject, light viewing empowering story that tackles in a proper, a quite objective way a significant stigmatising aspect of contemporary American society. Another more than successful and admirable work of incredible Eliza Hittman.