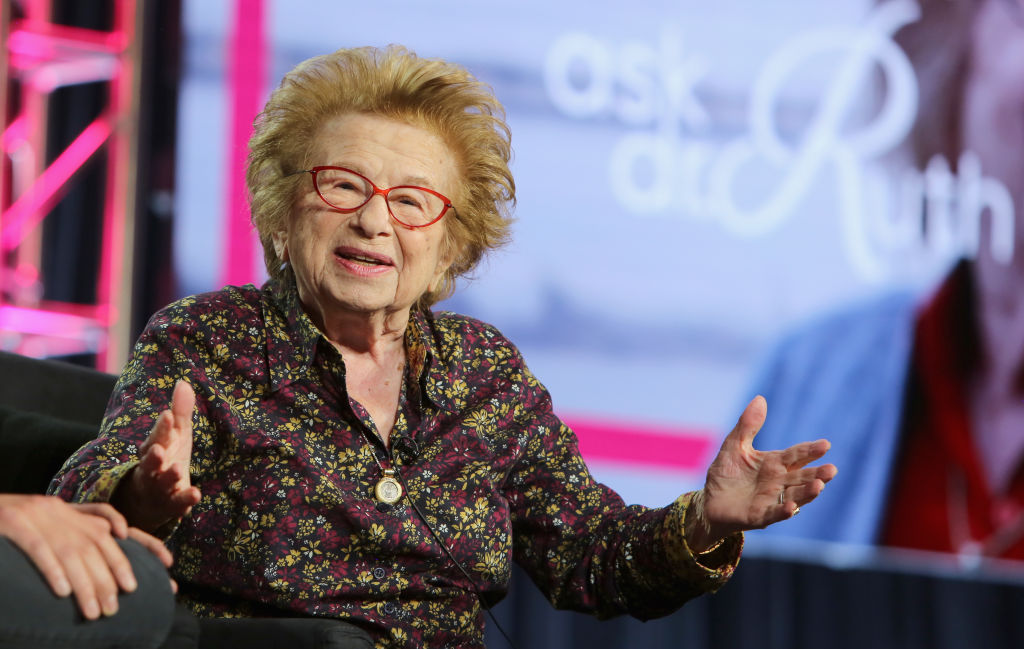 The 91-year-old Ruth Westheimer still has a lot to say and we are here for it!

Ask Dr. Ruth tells the life story of the most famous sex therapist in North America.

If you are not American, there is a chance you haven't heard about Dr. Ruth Westheimer. A 91-year old, German-American psychologist and sex therapist became wildly popular in the '80s, thanks to the expert, frank and funny advice given on her TV show and her lectures on sex in general and pleasure, contraception, abortion, and AIDS in particular. While this woman does not see herself as an activist, everyone else certainly does. She has been vocal about issues such as gay rights and abortion and has been educating people on human sexuality for decades. But there is much more to her story and in 2019, Ryan White – director of the true-crime documentary series The Keeper – made a film Ask Dr. Ruth, recounting the tale of her life.

Ask Dr. Ruth introduces its subject at the time leading up to her 90th birthday. The celebrated therapist still works non-stop, has a full calendar of appearances and the camera follows her along the way as become familiarized with her daily activities. The second storyline unveils Dr. Ruth's history - from the war-stricken Germany, where she was born as an only child in an Orthodox Jewish family, to her combat days in Palestine, studies in Paris and her move to the US – told through archive footage and beautiful animation recounting her time at an orphanage in Switzerland.

When Dr. Ruth first appears in media, speaking openly about sex in a time when such subjects were off-limits, she does not enter the scene quietly. So much so that during a speech at the Oklahoma State University, a man decided to make a citizen's arrest. But many others were thrilled by this woman who made it ok for them to open up, share their troubles and stop feeling as if they are in some way abnormal. Suddenly, incomes someone who hates the world normal. Who can say what it means and who gets to decide, she asks herself to this day.

Media was as well fascinated by her - a middle-aged woman, with the mentioned thick accent, talking cheerfully about sexual pleasure? Sketches were made about the doctor and she was appearing on Letterman, Conan, and other talk shows, where the hosts would play up their shocked reactions to whatever she was saying.

What White manages to do with this film is to explore Ruth Westheimer as a private person and draw a visible line between her as a child and an adult woman - seeing how the loneliness she has felt influenced her deep interest in humans and a profound sense of value that holds the human touch- of which she speaks in the film -how her experience of the War made her sympathetic to any outsider and catch her playful nature that hasn't changed to this day.

One of the funniest and loveliest parts of the film are her tales of romance, as she was able to find passion and love at every stage of life, calling all her former men incredibly handsome. One of the funniest anecdotes includes her time at a hospital in Israel, where she pretended not to be able to feed herself, so the cute nurse would have to do it for her.

And while the documentary succeeds in conveying the level of Dr. Ruth's popularity and telling her story, what is perhaps missing is a deeper insight into the scope of her work, since a viewer is deemed to be interested in knowing more. Yet, there is no possible way of showing everything worth knowing about this woman and what was done is, by itself, a perfectly rounded story.

If one is to search for a motive for this film, other than to honor a person who certainly made a mark on the American culture, that would be to re-introduce younger generations to a woman who remains relevant to this day. Dr. Ruth hasn't stopped being needed in a world where - no matter where you come from - people still utter certain words under their breath, men are unfamiliar with aspects of female pleasure, and many topics are left exclusively for the bedroom if discussed at all.

Ask Dr. Ruth is certainly a good way to start learning about the work this celebrated therapist has been doing for years. With little to find as a fault, the documentary manages to tell her incredible story, providing us with expected laughs and more tears than you would assume, setting us off on a path of becoming life-long fans.