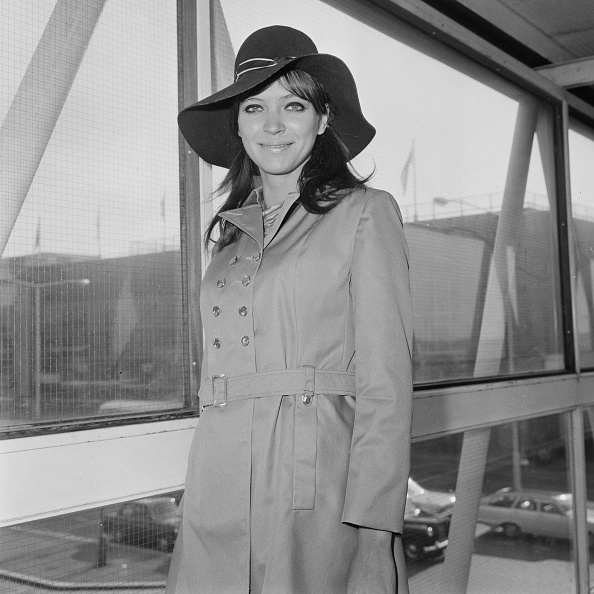 One of the greatest icons of cinema, the talented actress, Anna Karina, died this Saturday, the 14th of December. Although tied to French cinema, she was born on 22 September 1940 in Solbjerg, a suburb of the Danish city of Aarhus under the name Hanne Karin Bayer.

At 17 years old and with ten thousand francs in her pocket, completely alone, Karina hitchhiked to Paris, where she lived on the street for a while, learning French by watching films. One day while sitting at the café Les Deux Magots she was approached by a woman from an advertisement agency who asked her to model. In her modeling days, she collaborated with Elle magazine, had a chance to meet Pierre Cardin as well as Coco Chanel and create advertisements for Coca-Cola and Palmolive.

During her prosperous acting career, Karina collaborated with some of the greatest directors of the time like Roger Vadim on La Ronde, Luchino Visconti on The Stranger,  Michele Deville on Ce soir ou jamais, Agnes Varda on Cléo de 5 à 7, as well as Rainer Werner Fassbinder on Chinese Roulette.

The most noticeable awards Anna Karina won are Silver Berlin Bear for her very first role in the film Une femme est une as well as honorary award at 2016's Bodil Awards (given by Danish Film Critics Association).