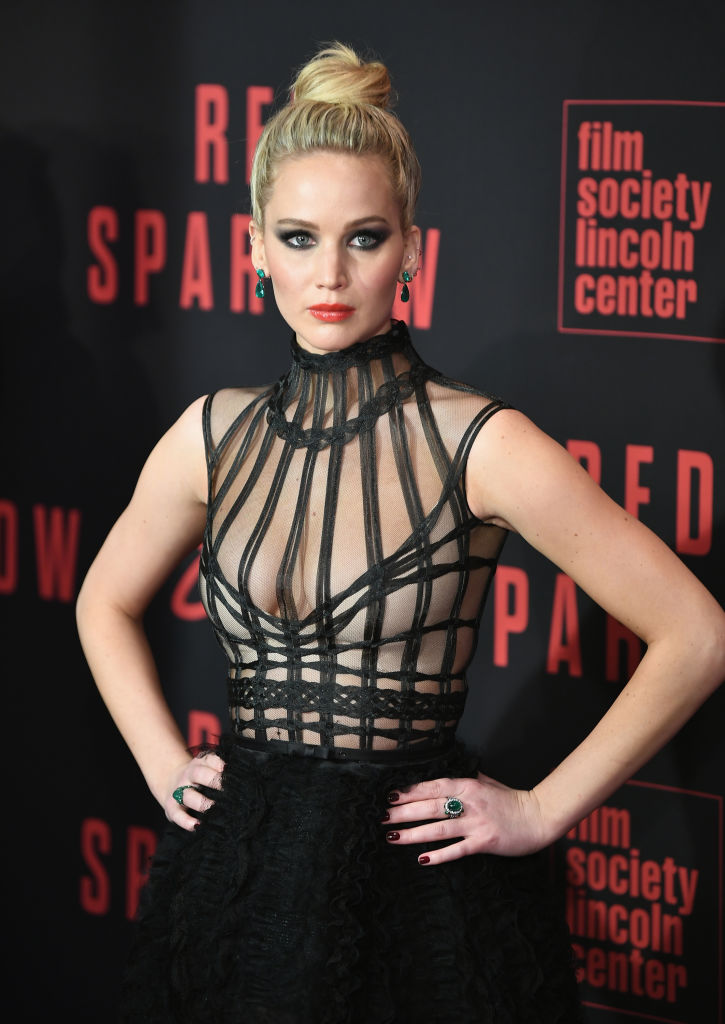 Sex and spy can go together, isn't it? Since Danish spy Mata Hari infatuated the most influential men of her day, it has become clear that women are superior to men. In espionage. It's not just because they can 'offer' something more than men can. The most important thing is they can suppress their ego. They are not flooded with hormones and certainly do not strut around like men. But here we are talking about sex. Yet women can use their bodies better in spy games than any man can. Whether it's whispering on the pillows, whether it's pressure and blackmail.

Young and promising ballerina Dominika Egorova - starring Jennifer Lawrence - is forced to leave the ballet after a serious injury. She has a sick mother wich needs expensive treatment. Dominika runs into Uncle John's trap - starring Matthias Schoenaerts - a high ranking intelligence officer. Dominika agrees to seduce gangster Dimitri Ustinov - starring Kristof Konrad. Ustinov is liquidating, Dominika's was blackmailing to be joined them or will be liquidated too, as a witness to a gruesome murder. Dominika goes to State School 4, a training centre for - sexpionage agents - a special kind of spies, who put their body to use to Mother Russia. After training, Dominica gets her first spy assignment - she has to seduce US agent Nash - starring Joel Edgerton - to discover the mole name in the Russian ranks, nicknamed Marlby. Nash is in Budapest, so double and triple spy games start. The net is knitting on both sides, so Dominica has little chance of somehow pulling a living head out in that deadly game.

After completing her training, Dominica becomes a Red Sparrow :

The movie starts fiercely. The scene of the brutal rape and murder from the beginning of the film has been etched in the memory of everyone who watched the film. The film is full of explicit scenes of brutal violence has been cut in the British version. As far as sex is concerned, 20th Century Fox is known to have offered, Jennifer Lawrence, the option to watch the movie before its screening and remove all scenes of nudity and explicit sex scene, that she was feeling uncomfortable with. Lawrence declined the offer, and the film was shown in an 'integral' version with sex scenes.

State School 4 was uncovered by the Western Secret Service and is no longer operational. One name especially stands out in the Russian spy circles on the subject of this film- Vladimir Putin. He could appear in the movie an actor playing Putin, but the studio gave up on that idea. The movie was made based on a novel by Red Sparrow by American writer and former CIA intelligence officer Jason Mathews. The book was released on June 4th, 2013, and the movie was due to open on November 10, 2017. But, 20th Century Fox had a stronger title for that date - Murder At Orient Express - so Red Sparrow had premiere March 2, 2018, across the USA. The movie had European premiere at FEST - Belgrade 28 February 2018. Criticism has been received by the film with mixed reviews, more specifically - half good ratings. Almost everyone resents style over substance, which I would agree with. But the movie looks very good, has an old-fashioned style. There are no heap of gadgets - like in 007 Bond - movies, no luxury cars, ultra-microphones, and drones and similar aids in today's movies. The movie has that Le Carre style and the content is a bit confusing. But she also has the great Jennifer Lawrence, who I found difficult to watch in bed scenes with Joel Edgerton.

They are somehow not the perfect movie couple. This is a huge drawback in the movie. The good side is the casting - Charlotte Rampling; Jeremy Irons; Mary- Lousie Parker; Ciaran Hinds - with Lawrence and Edgerton. Now you have enough reasons to watch the film, right?