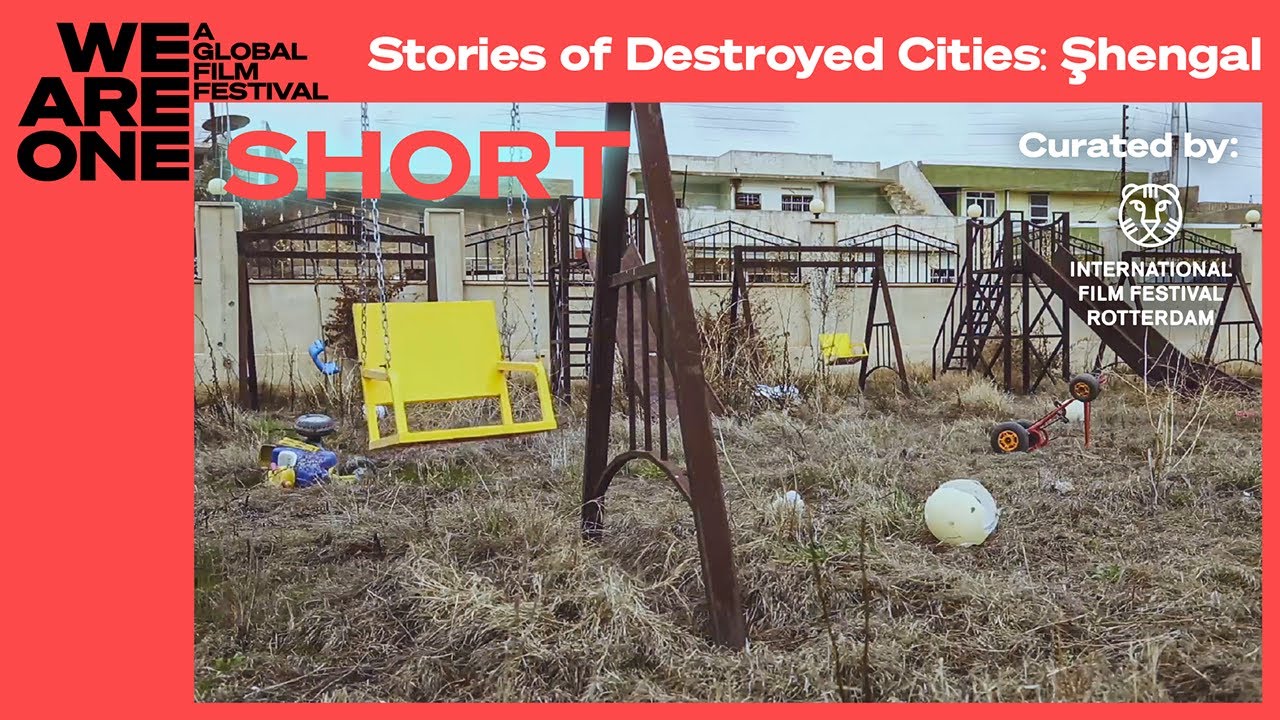 ROJAVA FILM COMMUNE WE ARE ONE

Film by the Rojava Film Commune dominates the fifth day of We Are One.

In the destroyed cities of Rojava, now an autonomous region in Northeast Syria, traces of lives once lead but left abruptly are visible everywhere, yet covered by “the dirty stamp of the attacks”, as put by the members of Rojava Film Commune. This collective of filmmakers emerged from the founding of Rojava in 2015 and since then has been working on stimulating the local film culture through screenings and educational programs, as well as using their voice to speak about the realities of the war.

A towel left out to dry in front of a hair salon, mannequins hanging in store windows, food in shops, and a red colouring pencil on a school table. Each of these rooms is brought again to life by the people of Şhengal, Yazidis, who survived the ISIS invasion which resulted in the kidnapping and murder of thousands of women, children, and men. Stories Of Destroyed Cities, in the words of its director Şêro Hindê was made to bring hope, but also remind others of something often forgotten during wars: “We wanted to say that people who died were not just a number. We wanted to say that the people who lived there were humans, with a nice life, kids, hopes, and dreams.”

This is achieved in an unusual and haunting manner. The camera passes through the empty streets of Şhengal, entering stores, a school, a place of worship, a home, focusing on those surviving details that represent the banal in everyday life. Over those images played are reenactments of conversations that might have happened during an ordinary day. As we listen to a father returning home to his children and we hear footsteps coming down the stairs, we are seeing those stairs he used to walk down, only they are now covered in pieces of ruin. And as the city in a way becomes inhabited again, we are reminded of what once was and what can be again, in a constant mixture of sadness and hope.

Stories of Destroyed Cities was presented as part of the fifth day of We Are One. After the original screening, viewers were able to listen to a conversation organized by the International Film Festival Rotterdam, which featured as guests members of the collective, who spoke both about the film and their work as a group. You can watch both the film and the talk during the run of the festival.