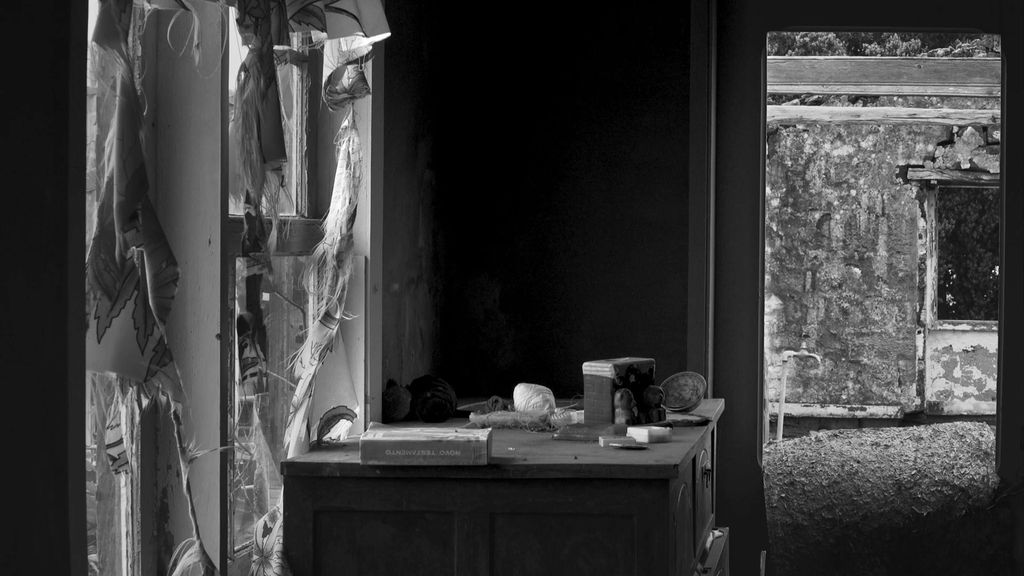 The amusement park is open where you can enjoy the magnificent landscape of ice melting and exploding because of global warming, which is the concept of "Icemeltland Park" and by which dir. Colombo attempts to criticize the people enjoying it as a spectacle, but her intent degenerates to infuriating work relating environmental destruction.

Two stories expand beautifully along the magnanimous Mekong Delta, and the director's eyes into it are somewhat insecure, tranquilly meditative, in which does appear the wavering, arcanely philosophical atmosphere with the peculiar mystique only Vietnam has, convincing me deeply that Phạm Ngọc Lân, an upcoming Vietnamese talent, is one of the best, most talented young auteurs in 2020's.

There is bovine yet the fateful passage of time and devastating fleetingness of life in the ordinary, sincere landscapes in an unnamed retirement home, depicted with breathtaking exquisiteness in sometimes delicate, sometimes audacious handwriting animation especially when the director duo draws a human hand, its complicated action full of wonder, its coarse skin full of wrinkles named history.

In "Grigio. Terra bruciata", when devastating desolation in the endless flow of time and unwavering sublimity of infinite nature is crossed beautifully, a poem of life is born, and how energetic are a bombastic cry of cicadas, foot sound of flocks of sheep, sleeping face of a dog, old man's face full of wrinkles as if audiences feel they face with life itself through this absorbing film.

While salmon men are careening in the river with their testicles which almost explode, salmon women are dancing in the sky of sexual excitement, whose hilariousness and sensuality in whimsical, as if a clever kindergartener would write with colourful crayons, are so bombastic, exuberant that I laughed a lot with my stomach which almost explode like salmon men's testicle. Amazingly ridiculous.

Heartwarmingly tender, heartbreakingly intimate sisterhood is born when two middle-aged, Cape Verdean women's lives are crossed silently in Lisbon, in which dir. Fernandes weave simple, but rich words full of nostalgia for Cape Verde, and her sublime direction of acting makes me think as if you have the eyes of Robert Bresson, but with truly rare warmth. One of the very best in Locarno 2020.

With operatically divine sings and dances, with colourfully diverse clays and paints, dir. Zhan weaves the magnificent, eye-opening epic about life and death within the passage of time, in which, albeit only 15 minutes short, audiences experience tremendous profundity so vividly, convincing me, who watched 43 shorts on Locarno, this is the most technically mature, breathtaking short.

Push This Button When You Begin to Panic (2020, Switzerland, Gabriel Böhmer) ★★★☆

While "Push This Button When You Begin to Panic"'s cutout animation style is simple yet complicatedly whimsical, more importantly, this film's story is surrealistic, fantastical in which I feel child-like innocence and uncomfortably strange insanity at the same time, as if audiences confront alone with a haunting art of Art Brut which captures a madman's flow of consciousness in their brain.

A man, incarcerated in the prison over 30 years, talks about the struggle of Black people and martyrs in their history, in which, although his words are truly powerful and intrinsically profound, the consequence of footage videos woven by dir. Gasque can't deserve his complex existence, which might resonate with the Black Lives Matter movement although the film itself doesn't have such a power.

In the stagnate laziness like a floating, purple cloud, a young skateboarder goes to deep exploration both literal and metaphorical, in which dir. Aymon's realistic direction reflects the boy's insecure psychology delicately while the actor Martin Balass' face playing the boy has richly verdant melancholy which makes audiences think about the existential dread in their doomed youths.

Its story is about a man who works as a lumberjack far from home, his girlfriend who will give birth soon in his home, in whose distance two hearts gradually get hurt insidely lonely, whose insecure future is depicted with sinister, shivering cinematography, winding up the reverberation like apocalypse and cerebration from the galaxy at the same time. I'm glad this is the final Locarno 2020.