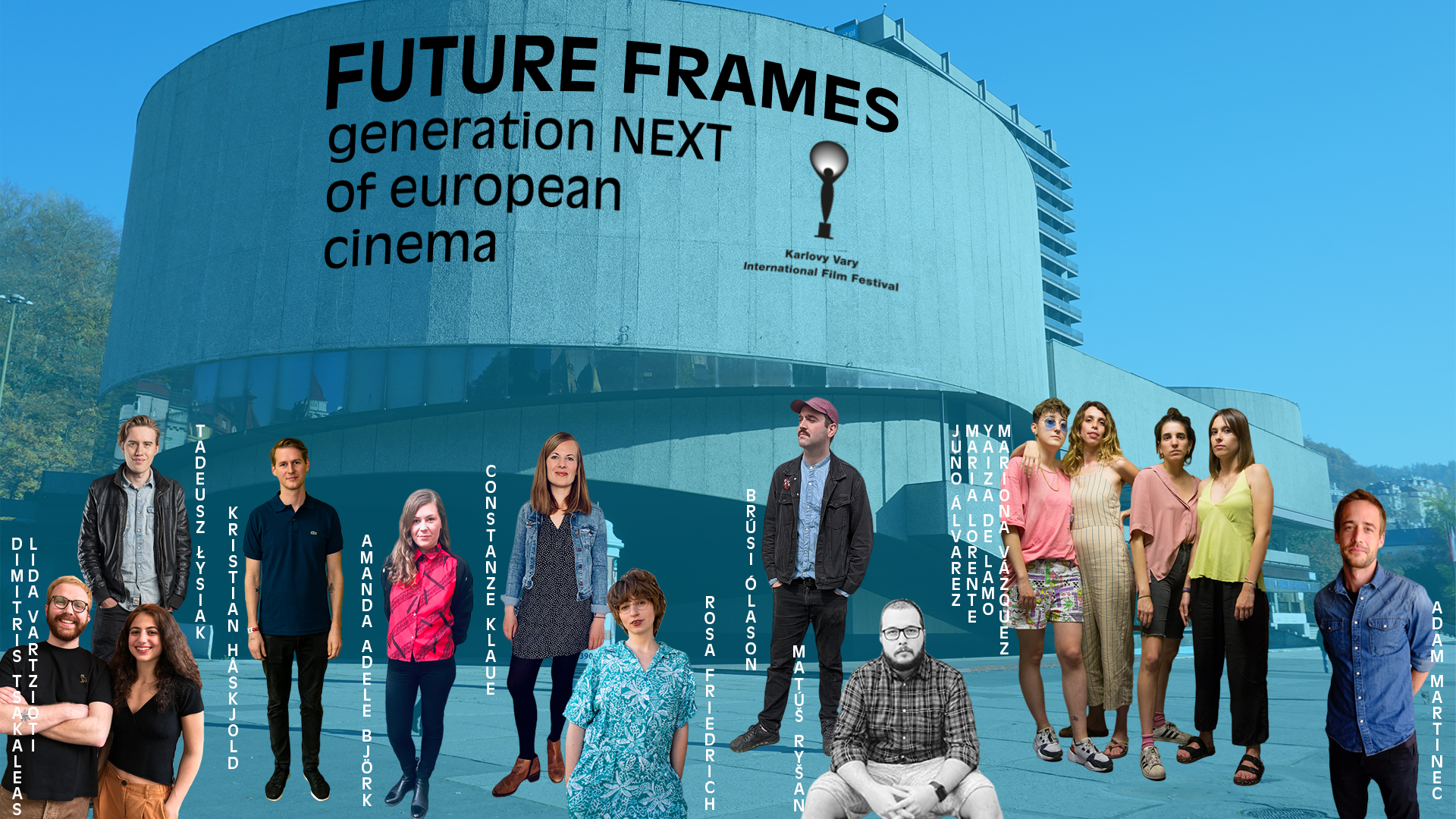 EFP FUTURE FRAMES – Generation NEXT of European Cinema will be presenting ten selected films directed by some of the most promising European film students and graduates at the official Industry Days (KVIFF Eastern Promises) of this year's Karlovy Vary International Film Festival (KVIFF). The high-profile programme, which has been expanded by several kick-off events, will be running from 29 June to 8 July, 2020.

"Usually, the filmmakers, who are nominated by their countries' national film promotion institutes and finally selected by KVIFF's artistic director Karel Och and programme coordinator Anna Purkrabkova, can't wait for the first public screenings of their first films and are curious to see the audience's reactions. This year, the focus has shifted. Now it's all about the reactions of the industry and press. However, in these challenging times, it's a great opportunity for these exceptional young filmmakers to get to know and understand the professional industry much better", says EFP's Managing Director Sonja Heinen.

The sixth edition of EFP FUTURE FRAMES – Generation NEXT of European Cinema in close cooperation with the festival will introduce the following films directed by up-and-coming directors from:

"Cancelling the 55th edition in 2020 and postponing it to 2021 was a tough decision, but we thought it was cleaner and, in the longer run, more in tune with the KVIFF's DNA. Bringing together audiences and filmmakers, spontaneously involving the people who are simply passing by, to collectively enjoy the magic of cinema. Nevertheless, not even such challenging times will stop us from being keen on supporting filmmakers, so we are glad that we joined forces with our traditional partner European Film Promotion, having chance to bring an extraordinarily strong selection of young and promising European directors along with their films", says KVIFF's artistic director Karel Och.

EFP FUTURE FRAMES – Generation NEXT of European Cinema is supposed to be supported by Creative Europe – MEDIA Programme of the European Union and presented by Festival Scope. Main media partner is Variety, further media partners are Cineuropa and Fred Film Radio.

Here is the selection for EFP FUTURE FRAMES 2020

Anatomy of a Czech Afternoon

Out of Pure Conscience