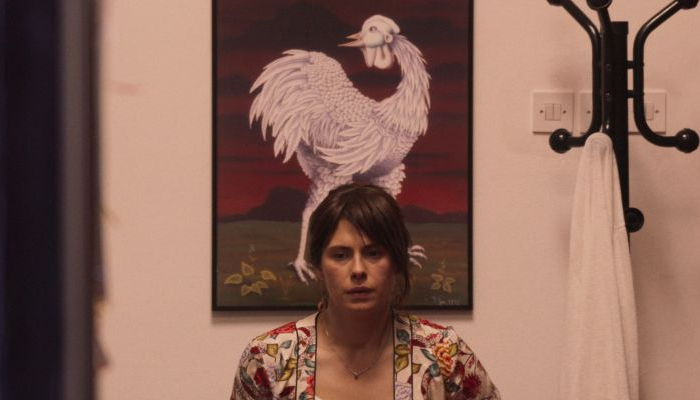 Sonja Tarokić’s The Staffroom in main programme at Karlovy Vary

After many years, a Croatian film is part of the main programme at the prestigious Karlovy Vary International Film Festival.

We are very pleased and proud that our project will premiere at such a prestigious festival, and I always felt that the sensibility of the festival aligned really well with this film. The Staffroom is the result of hard work of a great number of people, an unusually large cast and it is a project I invested all of my heart for several intensive years. It was a long and thrilling process and I believe the entire team will be genuinely moved by the fact that the film will finally see the light of day, especially in this new positive spirit of a return to the cinema,” said on the occasion director Sonja Tarokić.

The Staffroom is a story about a young and enthusiastic school counsellor who begins her own struggle against the problematic history teacher, unaware that in doing so, she gradually becomes more and more like her staffroom colleagues.

The film is a Kinorama production, with KinoElektron from France as associate producer, while the film received support from the Croatian Audiovisual Centre, the MEDIA sub-programme of the Creative Europe, RE-ACT fund, Croatian Radiotelevision and TFL.

The Crystal Globe competition will feature a total of 12 films, 11 of which will have their world premieres and one will be an international premiere.

In addition, the East of the West competition programme will also feature Ivan Bakrač’s debut fiction feature After the Winter, which is a Croatian minority co-production, with Damir Terešak (of Maxima Film) as the Croatian co-producer. The film is a nostalgic and humorous ode to friendship and youth and it is a co-production between Montenegro, Serbia and Croatia, which also received the support from the Croatian Audiovisual Centre. The competition will present 12 films, all of which will be world premieres.