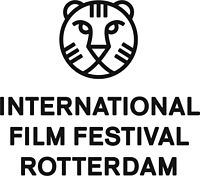 IFFR has a new festival director

and it is Vanja Kaluđerčić

Vanja Kaluđerčić has been appointed the new IFFR festival director. Starting in her new role in March 2020, she will lead the organisation into the future and act as the artistic voice of the festival.

Born in Pula, Croatia, with current address in London, Kaluđerčić brings a wealth of industry experience, both international and within the Dutch film landscape. She started her career working at the Motovun Film Festival in Croatia and the Slovenian Cinematheque before organizing several festivals and festival sections in Zagreb like the Human Rights Film Festival, the ZagrebDox Pro workshop, and Animafest Zagreb in early 00's.

After moving to Paris, Kaluđerčić was in charge of acquisitions at Coproduction Office from 2008 to 2010. She managed Paris Project for two years behind the Paris Cinema International Film Festival, while from 2012 till 2015 she was part of Les Arcs European Film Festival as Head of Industry. In 2014, with Les Arcs FF team she has established a new project market in the French capital called Paris Coproduction Village. From 2013 to 2015, Vanja worked for HAF – Film and Financing Market in Hong Kong as a matchmaking consultant. She was part of CPH: DOX festival for two years (2014/15), as programming and industry consultant, and subsequently as head of studies for the production workshop CPH: LAB. In 2014 she joined Slovenia-based distribution company Demiurg as head of acquisitions. She has also been Sarajevo Film Festival programmer for the past 9 years. Kaluđerčić recently served as a jury member at Berlinale and is currently the director of acquisitions at MUBI.

Kaluđerčić used her industry knowledge to reshape IFFR Talks & Masterclasses from 2016 to 2018 and she will officially begin in her new role in 2020, in time for 50th edition of IFFR.