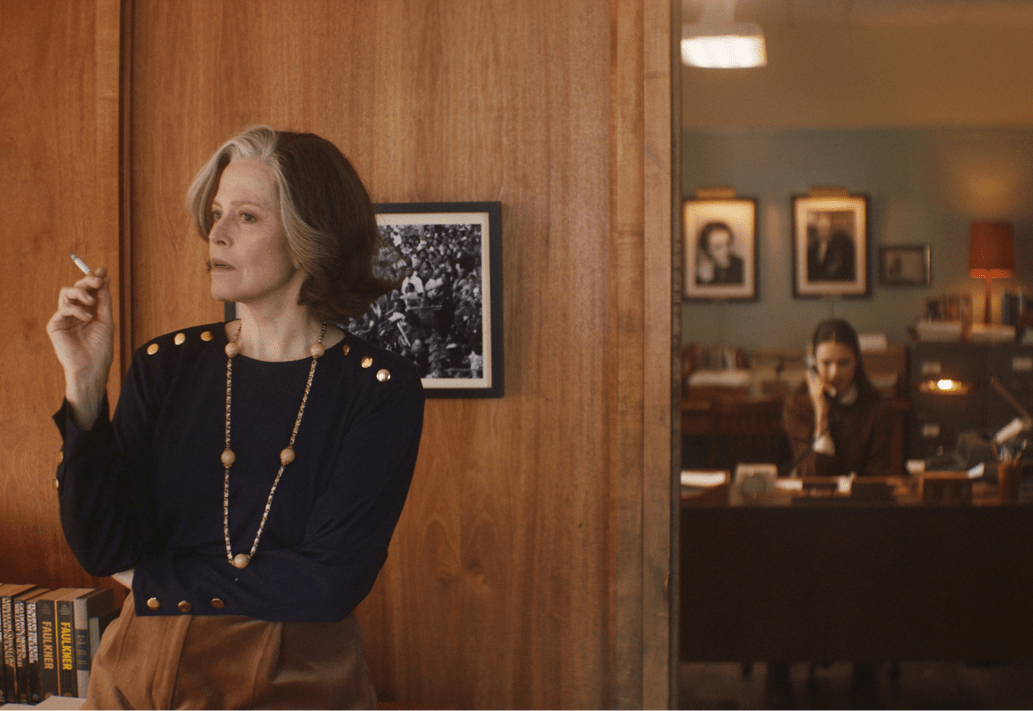 The 70th edition of the Berlin Film Festival opened up last night, Thursday (February 20th), with the screening of My Salinger Year, latest Philippe Falardeau film. A joyous empowerment tale adapted from Joanna Rakoff’s partly autobiographical novel gave an average and a somewhat blissful opening to the big festival anniversary.

This was rather apparent since the opening minutes of the film, where the chill upbeat music is playing over the sunny New York scenery as we are getting introduced to Joanna - played by Margaret Qualley - a privileged white girl who is bored with her fancy expensive formal education so she decides to take a break from it, for a while, and fulfill her dreams.

Is this what dreams are made of?

What are Jo's dreams? To eat - 15$ cheesecakes in fancy restaurants - breathe - the smells of New York- and live - all that brings the fame in - a life of a writer. Of course, because she wants to get published, she arranges herself a job as an intern - or rather low paid and pushed around secretary - for a powerful publisher Margaret - played by Sigourney Weaver - the head of a company that represents infamously reserved, J.D. Salinger. Her assignment? To read "Jerry's" fan mail, type the same pre-drafted cold and plain response to all of them, and here and there answer the phone when he calls.

It all sounds wonderful and inviting when it is put in a few simple sentences. But what shatters the dreamy idea, in 101 minutes of a film, is the sole reliance on the face and work of a reclusive author. The author stays hidden away from the eyes of a film viewer but still, somehow manages to take the spotlight of the film by moving everyone in this story as a minor underdeveloped character. Something just gets lost in translation from Rakoff’s biographical novel to a film.

This becomes obvious early on, while the Falardeau is still carrying us into the story. We are getting introduced into the book writing/ book publishing world which exhibits the power structure, economical accountability and "antiquated" approaches of publishers on one side in deep detail. On the opposite side, every walking/ talking being around protagonists Jo and her boss Margaret is done hastily, so much so on a verge of stereotype, it can get a few decent giggles out of it.

Falardeau with his script is attempting to incorporate too many significant moments and yet stay tonally light. It is best seen in his quick skimming over each homicide/suicide side story that gets presented... Mark David Chapman, as well as the unnamed boy from Winston-Salem, never get a detailed profile of their intentions while another rather important character to a story never hints that something might be wrong with him and lead him to a later fatal desition that serves as a story catalyst.

Do we all have the same opportunities for success?

Nevertheless,  the film is a rather mixed bag than a total failure. The way how male characters power influences the female protagonists, how rather insignificant events in their lives are more important than anything that women on the verge of success have hit hard. So much so that it surely opens up significant space for discussion about the set values, invisible oppression as well as the true struggles of success.

With always empowering and perfect Weaver and Qualley that is quickly becoming one of the most recognized and wanted names in Hollywood with her heartfelt and deep acting, as well as the splendid cinematography that breathes in the rawness as well as the brightness of 90's by Sara Mishara, My Salinger Year can be viewed as light but still sophisticated film about the eating, breathing and living the sincere life of a writer.