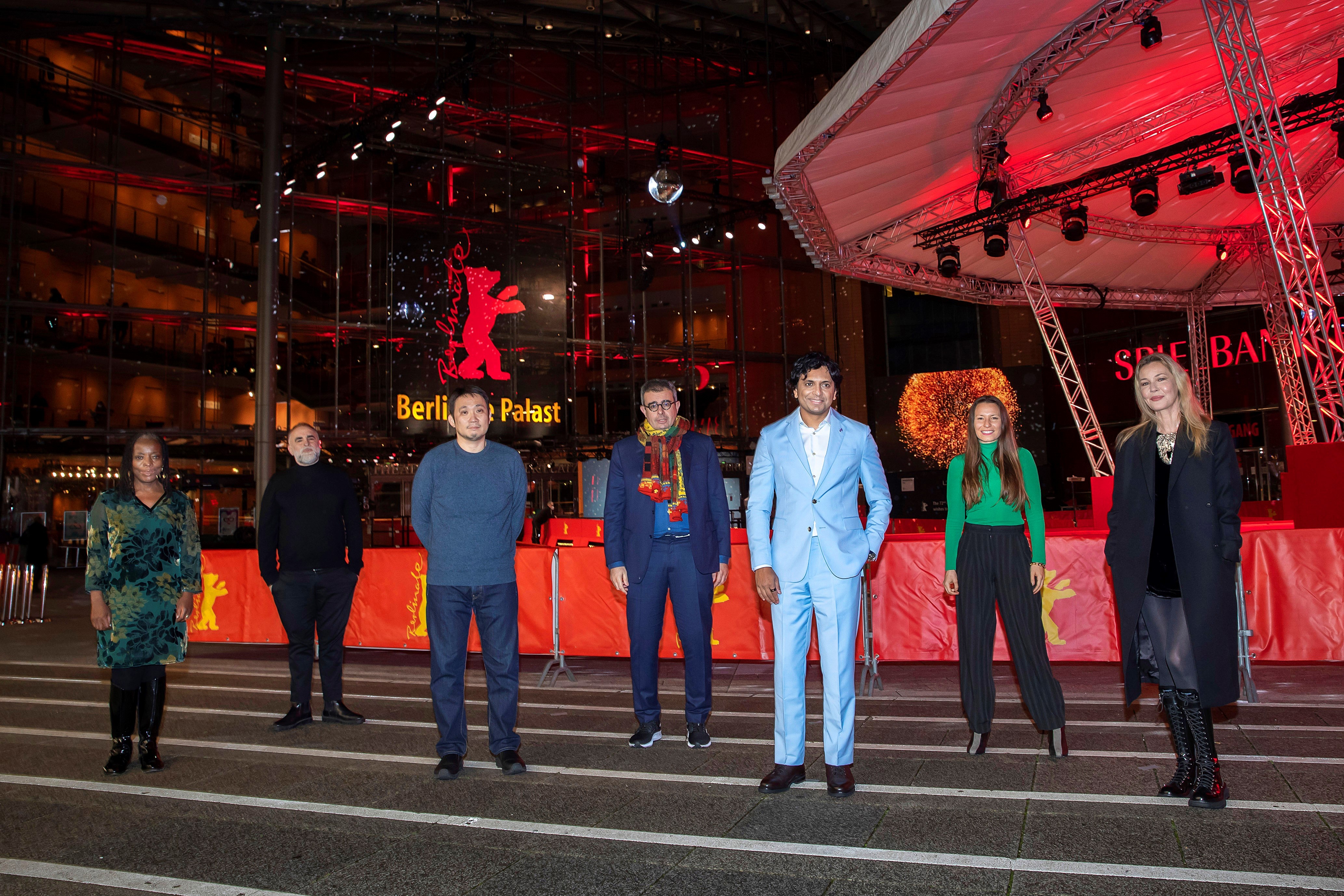 At the moment still maybe a bit more interesting than the festival stars in this year's festival format due to COVID-19 regulations. As a "covid safe" event Berlinale took quite a great measurements obviously learning a lot from last years Berlinale Summer Special and scandalous situations at other big film festivals. This edition full vaccination is mandatory, as well as daily testing at free covid testing spots as well as FFP2 masks that are required during the film screenings. Aldo it might sound like a lot of hustling just to see a film in reality Berlinale team did a great job to avoid the rush at any of the festival points and to provide enough seats for the screenings (as the cinema capacities are cut down by 50%, the festival added additional venues and screenings).

Maybe the greatest example of how well functioning is this edition is a digital ticketing system that divided the regular audience (and industry professionals) from the media representatives who have a high demand for tickets during certain hours. Unlike the "Cannes online ticketing" that was crashing all the time last year, Berlinale made a waiting line for all the website visitors that functions splendid, with real-time updates on how long till getting into the system to get the tickets. Waiting times, so far were never longer than 2-3 minutes (at least for me) and despite the filtering isn't solved in the best way, so far I haven't heard that anyone missed out on tickets.

Besides the world premiere of Ozon's Peter von Kant (Duart review soon) festival screened another competition film (first day for the press, by the time of this being published also for the festival audiences), Rimini by Ulrich Seidl. Director Seidl brought the story of Ritchie Bravo (starring Michael Thomas) an old canzone-goes-schlager music "star" that hasn't truly aged well. Living his old man life like he is still in his mid 20's Ritchie goes around the life as his fake-sleazeball public persona that drinks, fucks and occasionally sings about love while being lost in the wardrobe from the late '70s. Yet, when his long lost daughter shows up at one of his shows things start to change. Rimini is a stable film about reaching out and relearning how to love, live life and change with the times. Films music and costume design are a true delight, something that can simultaneously be enjoyed, cringed at and also provoke laughter or two. Even though that protagonist is more than often not so "woke" it is hard not to enjoy his charm and silliness. If there is something that could be "called out" as an issue of the film, it might be a bit slow pacing of the ending that, still somehow doesn't feel deserved nor fully aligned with the rest of the film. Still, nothing to get bothered about as this is a fun hour and a half journey through the "fallen rock star" life.