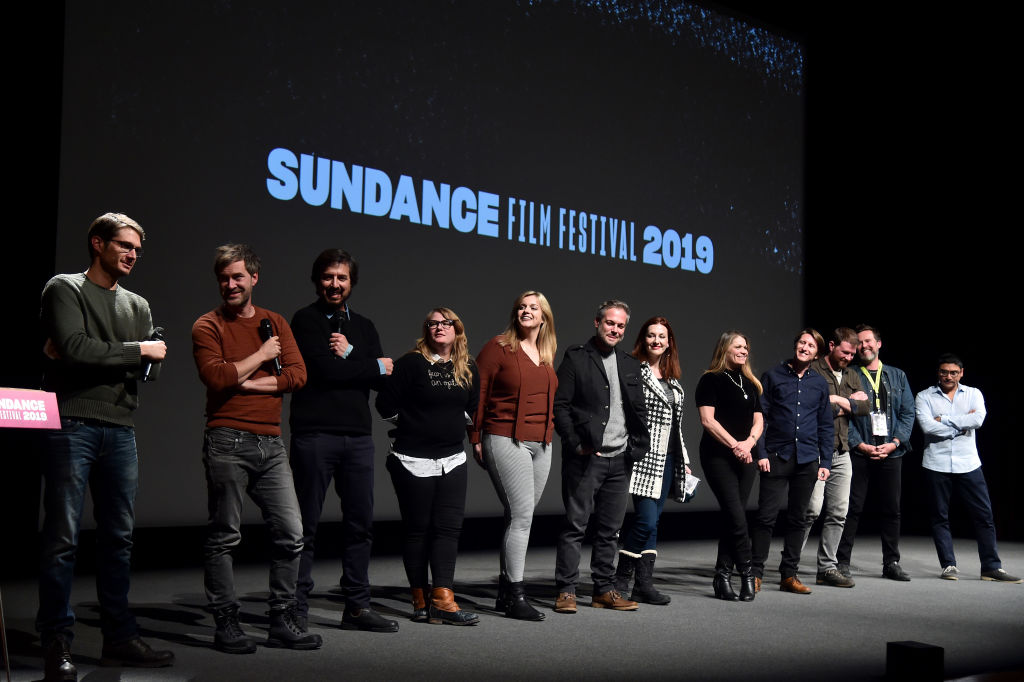 World's largest non-commercial orienteering Film Festival - Sundance, he just getting started soon. Let's do the holidays first, then right after the New Year - the movie party begins! From January 23 - February 2, 2020, a total of 118 films in various categories will screen in Utah - Salt Lake City, Park City, and Sundance Mountain Resort. Around 120,000 visitors, 1300 journalists, nice numbers, right? The Sundance Festival pays less attention to glamour and more to real film and artistic values. As Sundance Institute founder and president Robert Redford himself says: "Independent artists create and enrich global culture." In these words, it is best to describe the reach and meaning of the Sundance Film Festival in today's global film culture.

The festival opens January 23, 2020, in Park City - by Netflix rockumentary Taylor Swift: Miss Americana. Directed by Lana Wilson, the film brings us an intimate look at a pop icon that has characterized Western hemisphere pop music for the past few years.

The 2020 Sundance Festival will feature 118 films from 27 different countries. Of those 118 titles, 14 will be British films. That's two more films than previously shown - 2019. Of those 14 titles, five are from the BBC. It has to start somewhere, so do we start?

The Nest - starring Jud Law - will have its world premiere at the Sundance Festival 2020. The film is directed by Sean Durkin, a psychological thriller about an Englishman who moved with his family from the United States to London in the '80s.

The following movie also has the premiere at the Sundance Festival 2020 - Come Away. The film is interesting because it has Angelina Jolie in the lead female role. The movie is directed by Brenda Chapman and is a modernized fairy tale. An interesting mix of characters from Alice In Wonderland and Peter Pan wrapped in drama. In addition to Angelina Jolie, David Olejowo from the United Kingdom was the lead male role.

The director's debut of Viggo Mortensen -Falling is very interesting. About a conservative farmer who, by the circumstances, comes to live with his gay son in New York.

Toni Colette in Dream Horse plays a woman who tries to initiate nothing less than real horse racing in the tiny Welsh village. The film is directed by Welsh Euros Lyn and stars Toni Colette in the film, with Damien Lewis.

Film company Film4 has produced another interesting movie - The Father. The movie stars Sir Anthony Hopkins and is a bitter comedy about an 80-year-old man who refuses the help he needs in his late years. This, of course, upsets his daughter Anna - starring Olivia Colman - who herself wants to have control over her life.

In order not to miss the horror, Remi Weekes took care of the high-budget - His House - horror. The film is about a young couple who escaped from Sudan and seek their happiness in a small English town. But unfortunately, it may be better if they stayed in Sudan.

The BBC produced the film Aneil Kaira - Surge, a thriller that takes place 24 hours in London. It brings the story of the man who robbed the bank - starring Ben Wishaw.

Herself - Phyllida Lloyd, a female-led drama about a woman - starring Irish actor Clare Dunn - who raises her two daughters on her own, after breaking up with a possessive partner. The film was made entirely in Ireland and produced by Cornerstone.

The romantic dramas are represented by the film Luxor - Zeina Durra. The film tells the story of the love of Englishwoman Hannah and Egyptian archaeologist Sultan beneath the walls of the ancient city of Luxor. The movie stars Andrea Riseborough and Karim Saleh as a romantic couple.

Andrea Riseborough is also appearing in another British film on Sundance. In Brendan Cronenberg's thriller - Possessor.

Andrea Riseborough, in as many as two films at Sundance Festival.

In the documentary section, the British co-produced the movie Anabel Rodrigues Rios Once Upon a Time in Venezuela.

Benedict Cumberbatch stars in a very interesting movie, Dominic Cooke's Ironbank, which tells us the story of a London businessman helping to solve the Cuban crisis.

The Amulet is a drama about a young homeless man, a former soldier, who moves into the home of a young woman caring for a dying mother. In the movie alongside Alec Secarenau, Imelda Staunton stars.

We still need to mention Jerry Rothwell's movie The Reason I Jump, about autistic people who can't talk.

Fourteen films. Fourteen interesting topics in British production. From drama, thrillers, and documentaries to romantic comedies. Already, performing at Sundance itself has some weight. The competition among the films is great. However, a noteworthy performance of British cinema at the Sundance Film Festival 2020 can rightly be expected.